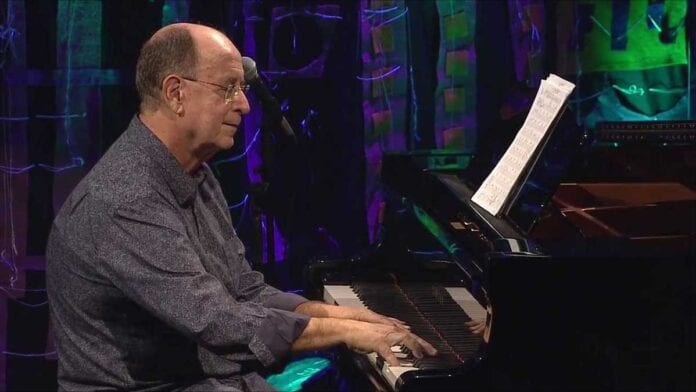 Today, it’s YouTube. But in mid-60s Brazil, it was the highly-competitive Music Festivals in Rio de Janeiro and Sao Paulo which opened doors and offered opportunities to musicians and songwriters.

In fact, 1967’s Festival Internacional da Canção is where this album’s story begins.

During those ten days in October, two of the 46 competing musicians – Antonio Adolfo and Milton Nascimento – met and became friends.

For 2020, Antonio Adolfo’s tribute to Milton Nascimento taps into the creative energy of the Dean of the Brazilian piano. To prepare, he spent half a year delving into 30 of Nascimento’s best songs to select nine for this album.

BruMa is a top choice for 2020’s Best of Brazilian Music Showcase.

This process of empathy and respect for Milton’s music reveals itself as Adolfo sits down to the Brazilian piano: he’s comfortable in his relationship with this music and with the universe he’s created to interpret it.

From the musicians to the arrangements, to the recording itself. Antonio Adolfo’s BruMa is one his best albums and it’s a celebratory standout among the many Nascimento jazz homages we’ve enjoyed over the years.

We reached out via email to learn more about Antonio Adolfo’s tribute to Milton Nascimento, his inspiration for BruMa and how he prepared for this personal, creative odessy. You’ll find Adolfo’s comments to be revealing and insightful.

The musical depth of BruMa is impressive. What were the most personally challenging aspects to recreating Milton Nascimento’s music for this tribute?

For a jazz-oriented musician like me recreating Milton’s music is not so much of a challenge, because he is also a jazz-influenced songwriter. He has always been a big fan of Miles Davis, Herbie Hancock, Wayne Shorter and others, and Milton Nascimento’s music has been recorded by some of them.

My way of writing arrangements begins with bringing the music to my universe. The best way to find my perspective with someone else’s music is to play those songs over and over until I feel that it has become part of me.

I get to the point where I become almost a partner. So, there are songs that I feel closer to than others. Of course, this process requires time and deep research.

On the other hand, I also have to keep Brasil in the music I play. Milton, despite not being a typical Samba or Bossa composer touches on different areas of Brazil in his music, mainly the styles from Minas Gerais.

I think that is a good challenge if you want to create something new from something that already exists: finding unique musical possibilities which are birthed within your own universe. And this requires personal affinity and experience, just to mention two qualities.

In listening to both Milton’s and your recordings with Brazuca from 1967, it’s easy to hear how musically complimentary they are.  Do you have a special memory of Milton Nascimento from those early years?

I met Milton during the 2nd Festival Internacional da Canção in 1967, a year before I began to play with Elis Regina and before I formed my group Brazuca in ’69. We became friends during the Festival. Milton didn’t win the competition, but his performance of ‘Travessia’ was the talk of the event.

So, Marcos Valle invited both Milton and my Trio 3D for his show Viola Enluarada, a two-month run at Rio de Janeiro’s Teatro Santa Rosa in Ipanema.

During that time, I got to know other songs by Milton than just ‘Travessia’ (Bridges). I think the song ‘Outubro’ (which I included on BruMa) was in the set list, along with ‘Tres Pontas’.

When Valle’s show ended, Milton and I were ready to follow our separate ways. For example, I had a songwriting partnership with Tiberio Gaspar and some of those songs became famous, such as ‘Sa Marina’ (Pretty World) which was recorded by Sergio Mendes and Stevie Wonder.

BruMa’s nine tracks were selected from a carefully-researched list of 30 Milton Nascimento songs. Of the remaining songs, which one would you like to record today?

Actually, there are several, but I had to make my choices. My first choice was to include only music composed by Milton.

As you know, many of his songs are by other composers. Milton and I have some things in common: any song he interprets starts to sound as if he was the composer.  So, I set aside great songs from the Clube da Esquina group (Beto Guedes, Lo Borges, Toninho Horta and others) that became famous through Milton’s voice.

As a producer, I tried to balance different styles, and songs that sound better as instrumentals. I considered songs that were not often recorded in the US, such as ‘Cravo e Canela’.

Were any of these 29 songs also recorded but left off BruMa?

I will keep that in secret, because there are other great Milton songs that could have been on the album. Who knows? Is there a BruMa 2 in the future?

In the 1980s you paid tribute to both Ernesto Nazareth and Chiquinha Gonzaga, and later Wayne Shorter. Who else would be on your short list for a future tribute album?

There are many possibilities, but that will take some time for me to decide. Normally, I alternate my albums between my originals and with other composers.

What do you have planned for 2021? Perhaps a new album? Virtual concerts or live performances?

2021 seems to be another challenge. We are starting to adapt ourselves to a new technology to communicate our music and performances. It looks like you are right: virtual and live performances have come to stay.

Stories like this one are what we do. Why don’t you join us? 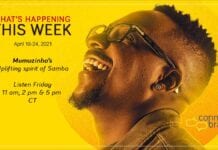 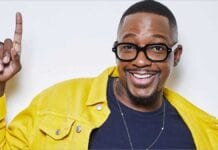 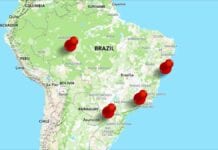