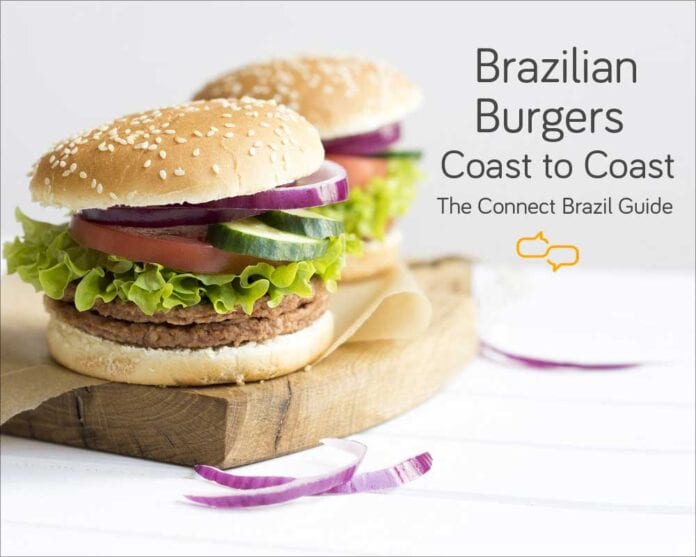 The hamburger is one of the most popular sandwiches worldwide, so Connect Brazil is celebrating America’s reopening with our summertime guide to the best Brazilian Burgers.

The ubiquitous burger is an all-American staple, and despite its hamburger moniker (perhaps in tribute to the city of Hamburg, Germany), burgers are about as American as it gets.

And guess where America took its burger?

The hamburger arrived in Brazil when America’s Wimbledon-winning tennis player Robert Falkeburg moved to Copacabana to open the first Bob’s hamburger store in 1952.

That early menu also included sundaes and milkshakes, and instantly became a favorite hotspot for Cariocas and tourists. McDonald’s soon followed to mark the official arrival of ‘fast food’ in Brazil.

And that’s pretty much where things stood with burgers in Brazil for decades (and no, late-night, room service burgers from a five-star in Sao Paulo definitely do not count).

On the heels of a Brazilian trend

Things slowly began to change with the American arrival of Brazilian Steakhouses (Churrascarias) like Plataforma in New York and early Brazilian-based chains including Porcão.

The Brazilian idea of endless skewered grilled meats cut and served right at your table caught on and today most cities can lay claim to at least one or more Brazilian Steakhouses to choose from.

So many in fact, that competition forced the less popular Churrascarias to close and Brazilian entrepreneurs began to rethink their approach to Brazilian eateries in the USA.

A wave of new, more casual Brazilian restaurants is beginning to make its presence felt, and Brazilian burgers are a natural fit.

We have your next burger right here:

Today’s Brazilian burgers run the gamut, from deliciously simple to multi-level burgers so elaborate that they are not for the faint of heart. Many are trendsetters: did you know that serving a burger with a fried egg on top is a decades-old Brazilian tradition?

Meats and grinds come into play, too.

From pure Angus coarse-ground beef to a blend of beef chuck, brisket and short rib, pork or salmon, or veggie or vegan to the ultimate Brazilian burger, grilled from freshly ground prime picanha.

Back home again in… Brazil, Indiana?

Connect Brazil’s Lifestyle Directory is ready to introduce you to the best Brazilian burgers to be found coast-to-coast. Please be mindful that different cities and states will have different reopening guidelines to follow.

And if you just can’t wait, head over to your nearest Burger King drive-though. Yep, Burger King is now owned by Brazilian billionaire Jorge Lemann.

There’s one in Brazil, Indiana, too. 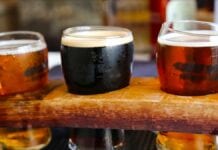 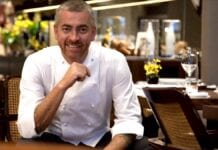 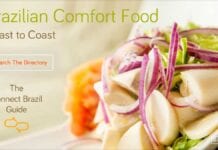 Video: How To Grill Picanha